The Sunday School, which meets about once a month, left us for Haga parish rooms at the end of the first hymn.  The gospel reading was about Nathanael.  “Can anything good come out of Nazareth?”  We might ask, “Can anything good come out of Hammarkullen”?  Or “out of Askim?” Or “out of Rosenlund?”  We all have prejudices – some we know about, some we don’t.  Nathanael at least owned up to his: “an Israelite in whom there is no deceit.”

After the service, there was a good buzz of people standing around in small groups talking over coffee and plum cake.  The Standing Committee left for our meeting, over lunch in an Indian restaurant.

Started reading the commentaries for the Week of Prayer for Christian Unity from the CTBI web site. The text is John 4, and the first comment was about the clash between Jews and Samaritans. The material this year comes from Brazil, where we are told that competition between the churches has had a destructive effect. Communities extol their own virtues and the benefits that accrue to their adherents in order to attract new members… As a result there has been violence and disrespect to other religions and traditions… We need ‘wells’ to lean upon, to rest and let go of disputes … places where we can learn that true worshippers worship “in Spirit and in Truth”. 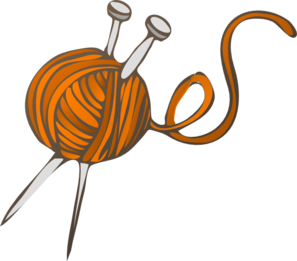 A busy afternoon for the University Chaplaincy team (Studentprästerna).  My Church of Sweden colleagues Katarzyna and Lars hosted the first knitting and baking cafe meetings of the term respectively, while our Roman Catholic counterpart Björn and I went to a Welcome Fair for international students.

Since most of the international students who expresss any interest in churchgoing are Catholic, it is useful to have him along.  Many different countries represented, and a surprising number from the Far East – China, Hong Kong,  Korea.

To receive posts directly to your RSS reader like outlook, just use this link: https://standrews.nu/feed

Tram Stops close to St Andrews
From Grönsakstorget - walk West along Södra Larmgatan.
From Hagakyrkan - walk North over the canal and keep going.

Lunchtime Concerts
If you would like to play in a lunchtime concert in St Andrew's, please contact Gisela Barnard. Our lunchtime concerts are sponsored by SENSUS, so there is no charge for bookings. All start at 12.15 and last about 45 minutes. Tickets: 60 kr, pensioners 40 kr, students free.

Funding
St Andrew's Church depends on our members and friends to help meet the costs of employing our priest and caring for our lovely building. We do not receive money either from the Church of England or through the Swedish taxation system. You can donate through:
Bankgiro 781-4015 SEB account number 5001 101 3370
Swish: 12 36 18 97 16

GDPR
We do not store any personal data.